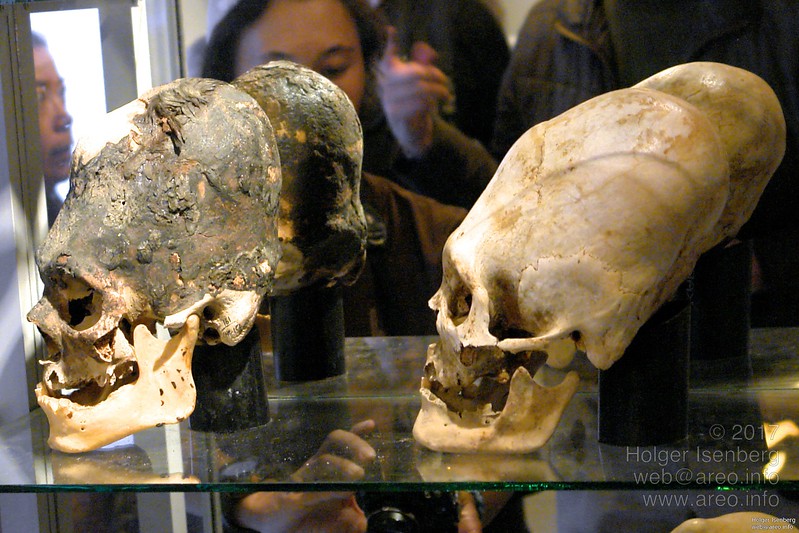 Elongated human skulls. My theory on that: The local people tried to imitate the narrow faces of a social superior group in contrast to the locals very round heads. In the 16th century those were the Spaniards and before that the phenotype which is depicted in the Easter Island Moai statues. There are some reports, that the Inca had some European phenotype characteristics. Paracas History Museum.