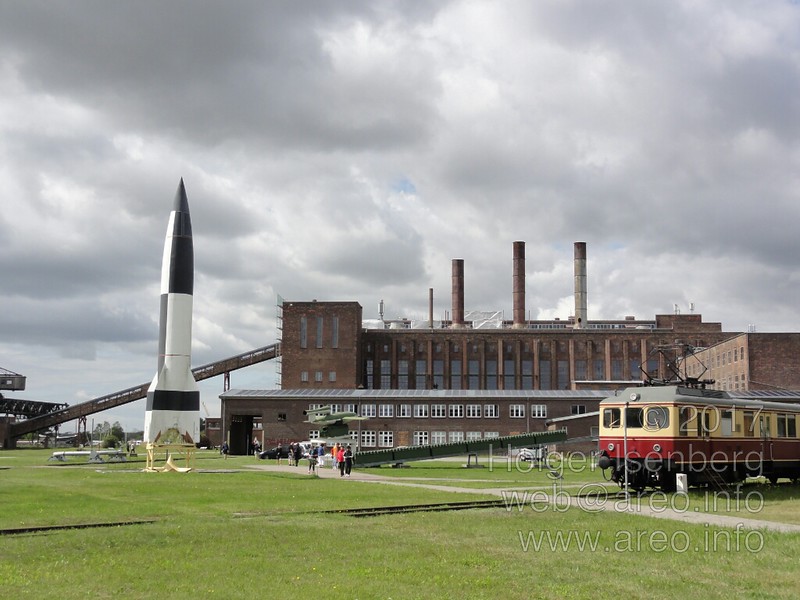 1940s Peenemünde was one of the three places in Germany, next to Berlin and Hamburg with a fast electrical commuter railway (S-Bahn) as we use it today in all metropolitan areas. The coal based powerplant was used again after the war. Today it houses the Peenemünde Historical Technical Museum in the 3 story building on the right. Plan about 2 hours for the exhibition including the open air site and some more time if you want to watch the documentary movies running from 20 minutes to longer than an hour. Museum website: http://www.peenemuende.de